Tiedeilta: How to turn metal recovery into a business

How can we bring the circular economy to a practical level and how we can turn metal recovery into a successful business? These issues were discussed at a science evening organized by the University of Jyväskylä. 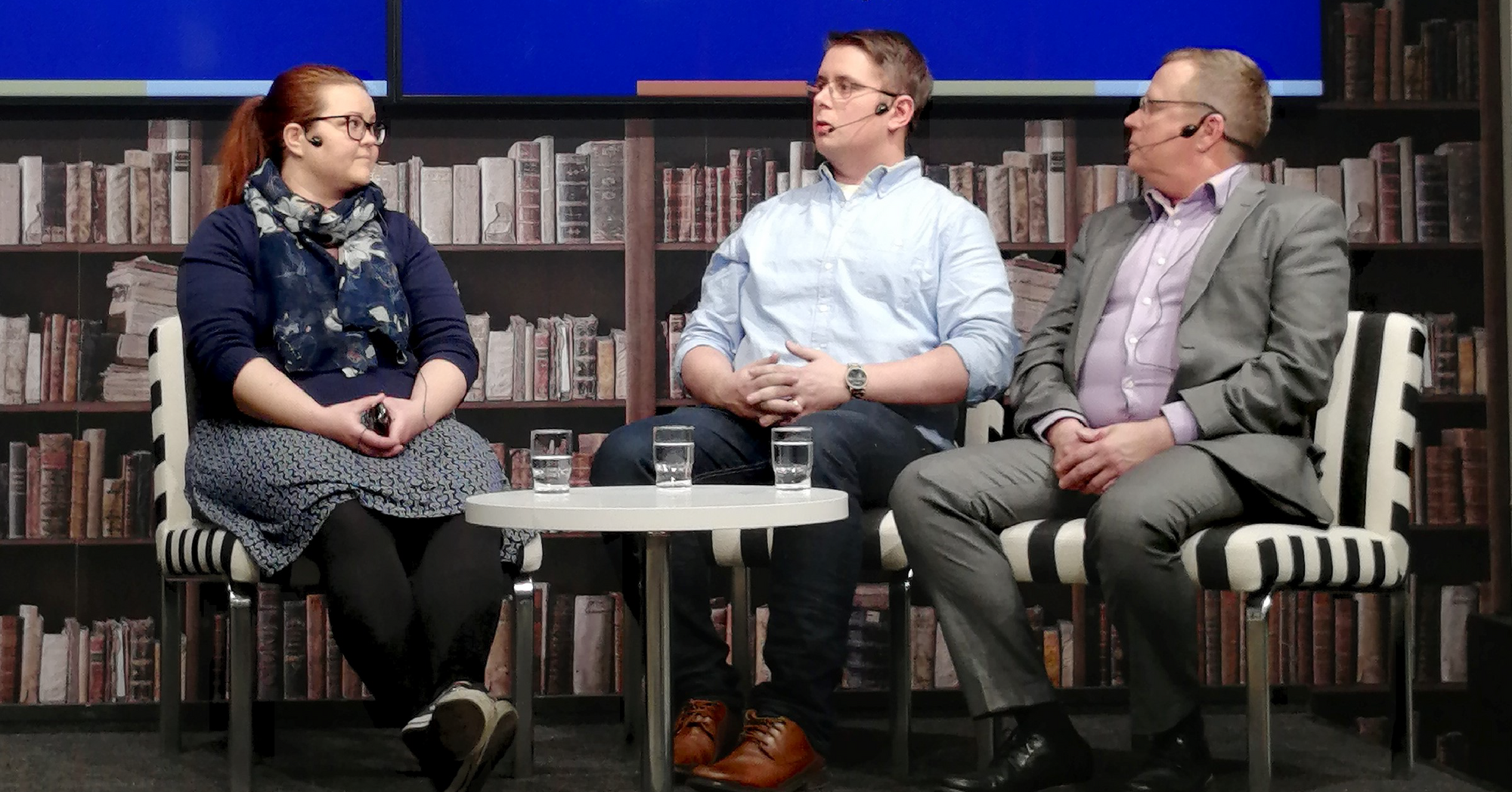 Metals are used all around us. For example, critical, naturally depleting earth metals are used in electric cars, wind turbines, lights, and electronic devices. As the demand for raw materials increases, so does the need for metals and their more efficient use.

At the science evening, organized by the University of Jyväskylä, it was discussed what kind of technological innovations in the field of chemistry has been developed for the recovery of metals and how the circular economy has succeeded in bringing it to a practical level.

The experts were a professor of analytical chemistry and circular economy Ari Väisänen, project researcher Milla Sarja from the University of Jyväskylä School of Economics, and Weeefiner's technology director Elmeri Lahtinen.

"There are a huge number of activities in the surrounding society today that could not be carried out without critical raw materials and certain metals," says Professor Ari Väisänen.

"A computer circuit board with its components contains gold, palladium, and copper, while the permanent magnet of one wind turbine can contain up to over a thousand kilograms of rare earth metals."

Critical raw materials and rare earth elements are not necessarily rare, but their productions are concentrated in certain countries which can create challenges.

“For example, Russia produces 40 percent of of the world’s palladium, which affects the current availability”, Väisänen says. “And, in the case of rare earth metals, China manages up to 95 percent of all trading.”

Making a business out of metal recovery

Recyclable metals are all around us. For large, fixed fractions such as cars, recycling is already relatively advanced. In the European Union, up to 87% of car materials end up in circulation. However, there is plenty of waste streams that have not yet been effectively recycled.

For example, Professor Ari Väisänen's group has developed hydrometallurgical equipment for the chemistry department of the University of Jyväskylä, which can be used to recover metals from electronic waste. Weeefiner, on the other hand, has developed a technology that can be used for recovery of dissolved metals.

"Metals are often mixed up in industrial water streams and although there are traditional technologies for water treatment, they are often not designed to recover critical precious metals, but rather to clean the water," says Elmeri Lahtinen, Weeefiner's technology director.

"We wanted to change this and created a technology that can selectively recover these metals and thereby support the circular economy and bring metals into circulation."

With Weeefiner's 4D Scavenger technology, dissolved metals can be recovered directly from industrial water processes. With the help of recovery, it is possible to reduce the amount of waste, reduce the load on the environment, increase the efficiency of processes and produce secondary raw materials. Often the recovered metal concentrate can be used either in a different part of the process or sold. 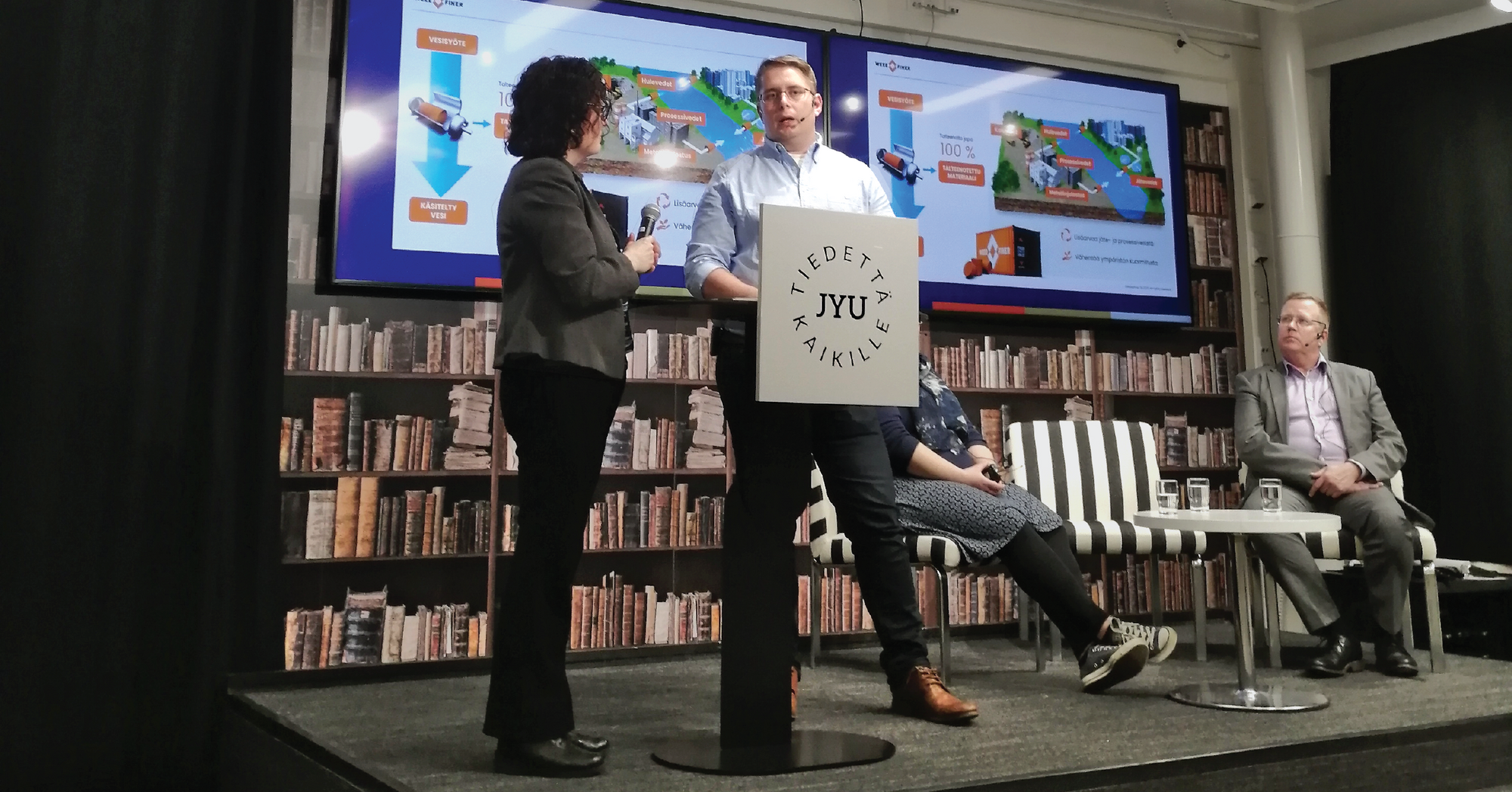 How to make the circular economy profitable?

Project researcher Milla Sarja studies the environmental management of companies at the University of Jyväskylä School of Economics. In his doctoral thesis, he studied the challenges and drivers of companies transitioning to a circular economy business.

The pressure to transition to a circular economy comes from both consumers and companies themselves. Many companies have shown a clear interest, which can be seen, for example, in participating in various research projects. However, bringing it to a practical level requires weighing economic drivers and clear political lines.

"Actually, according to the European Union's recently published Critical Raw Material Act, 20% of the critical raw materials used by industry should be recycled materials already in the near future. That means there will be a carrot to support the industry in order to get recycled materials," says Ari Väisänen.

Can the circular economy displace mining?

The circular economy alone cannot meet the growing need for raw materials. With the green transition and electrification, the consumption volumes are increasing all the time, and with that, mining and the production of virgin raw materials will also be needed in the future.

"But when recycling can be increased, it makes it easier, so mining does not have to be increased as much," commented Ari Väisänen.

Weeefiner's vision is that in the future various waste and side streams will be seen as an important source of raw materials.

"Within five years, we want to see that we have succeeded in bringing concreteness to the circular economy and are able to combine different material flows even more efficiently," states Elmeri Lahtinen.

Allow remembering your language choice or geographical area. This information is used to enable a personal user experience and to facilitate the use of the website. If you do not allow these cookies, some or all features of the website may not work.

Collect information about the use of our website, such as visits to the website and error messages. This information is combined and anonymized and used to develop our website.